Believe me when I say, we WANT to repair your lighter. It’s what we do. We do it well and have been doing so since 1957. We know a thing or two about lighters and how to repair them. Imagine how frustrating it can be for us when we get a call or an email or a Facebook message asking about fixing dear ol’ Grandads lighter and we have to say it can’t be fixed? “Why can’t you repair my lighter?” is a bummer question for everyone involved, and here’s usually why that’s the case…

The Lighter Is Ancient

One of the most common reasons that we cannot repair a lighter is due to the fact that it is so old that repair parts have been used up. If new sources for parts are not available (closed shops, estate sales, etc…) then there’s nothing to be done. Sometimes it’s a lighter that was made in Europe before/during the Second World War. Those factories were bombed back to the stone age. Other times its the simple fact that production stopped for one reason or another. It happened so long ago that the repair parts were just all used up. We just can’t fix it.

The Lighter Is A Novelty

The novelty butane lighters are a class of lighters that were sometimes made to advertise or promote an event or product. Usually cigarettes or cigars but we’ve even seen advertising novelty lighters for things like chocolate milk and cars. Ironically, some of these non-butane lighters became highly collectible, called “Flat Advertisers”. Novelty lighters can also be flame-makers that were just made simply and sold inexpensively through gifts shops, drug stores or discounters–never having been meant to be repaired. No repair parts were made for them and if they broke, they broke and that was that. Lots of Chinese manufactured lighters with all kinds of configurations and even knock-offs of expensive lighters were created.

The Lighter Is Garbage

No one wants to think of their lighter as worthless garbage. This is included though because some lighters were made with a single eventual destination in mind–the trash can. Period. Despite some of them being refillable, others disposable, some lighters were made to such poor quality standards that it would be far more expensive to repair than simply dispose of and purchase a new one. Worth mentioning is the fact that we have also had people send us Bic disposable lighters for repair. I am completely serious.

High Production – Out Of Business

Sometimes a company will have an extremely popular brand of lighter. A perfect example is the Colibri Company. For many years Colibri made a name for itself selling quality, mid-priced smoking accessories including lighters. Then, almost out of nowhere, the company went out of business and subsequently had the name bought out by another company. When this happened, we purchased every repair part that they had stockpiled since their plan was to not produce lighters anymore. Those parts ran out (a few years ago) and that was the end of Colibri butane lighter repairs. If a high-production company goes out of business, a lot of people are left in the lurch when it comes to repairing their lighters. This has happened with a few companies as the years went on, but none so impactful as Colibri. We have been telling people that we cannot repair Colibri butane lighters for over five years now and we STILL get daily calls about them.

A Brief Word About Parts

Often times when we are forced to disappoint a customer regarding the lack of repair parts for their lighter. Often the response is “Maybe it doesn’t need parts.” or “Can you use the parts from another lighter?” We certainly understand the level of desperation that some feel when they want to get an old friend working again. The sad reality is the fact that we have to follow the philosophy of; “If we don’t have repair parts, we don’t touch the lighter.” This is necessary because lighters always need replacement parts–internal valves, seals, hinges, and items with names that wouldn’t make sense unless you were familiar with lighter terminology. There was never any such thing as “standardized parts” for lighters. A glimpse at our repair shop would present endless racks, shelves, and drawers full of thousands of different kinds of parts for hundreds of different kinds of lighters. And if you’re going to talk to me about “O-Rings”, we’re way ahead of you. It’s not just about the O-Ring, as O-rings are incorporated into existing replacement valve systems that corrode along with the rubber/plastic/metal o-rings.

All things considered, you have to understand that we WANT to repair your lighter. It’s how we stay in business, after all. You should not feel slighted in any way when we tell you that we can’t do so when we haven’t even seen what you have. 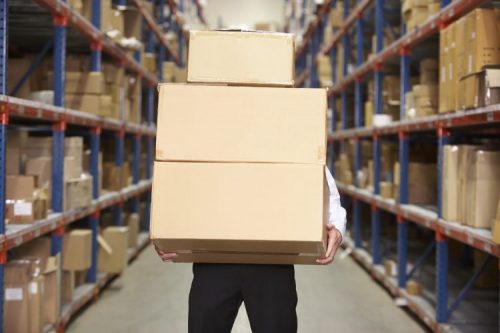 We just wanted to make it official that despite the ongoing shelter-in-place regulations here in North Carolina, we ARE once again accepting repairs at our regular address (see “send us your lighter for repair“). We moved some things around, made other arrangements, streamlined some procedures and cut some fat in order to make this happen.

We would like everyone to know that in no way are we breaking any rules, nor have we furloughed, laid-off, or put any employees in any sort of risky positions with relation to the Coronavirus. Our sanitary and social distancing protocols are well in place and working well. All lighters and packaging are kept individually sealed and separated until time of shipment and the last thing done before a lighter ships back to you is a final sanitization involving alcohol.

Please note that we are expecting a great deal of packages to arrive now and this may delay the repair times a little bit. Currently we are working at 3-4 weeks repair time from the date of payment of your invoice. This may increase as the next few weeks pass (as of this writing, 4/27/20).

We continue to look forward to servicing our customers and taking great care of your lighters. 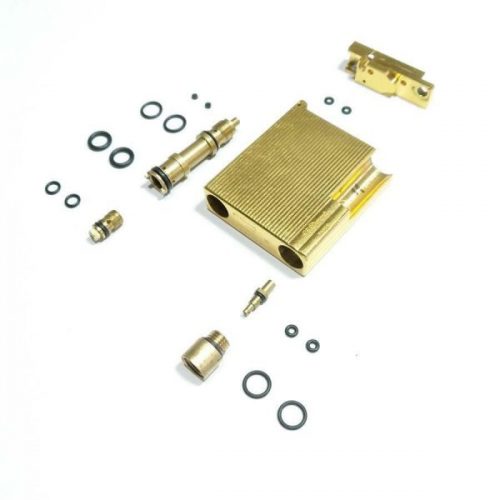 Your lighter has stopped working. It was working six years ago when you put it in that drawer, but now it’s not. Well, it happens right? You’ve heard all about how o-ring dry out, get cracked or corroded, decay with the normal passage of time. Simple solution–just go on eBay or Etsy and buy yourself a little “o-ring kit” that’s all the rage now. Watch a few online videos made by gentlemen who barely speak the English language and presto… lighter is good as new. After all, it’s all in the o-ring.

Or… at least that’s how it was supposed to happen

More times than not, the reality is that you have damaged your lighter even worse than before trying to replace o-rings. Most high-end cigarette, cigar and pipe lighters require specialized tools and replacement parts in order to rebuild valves. Often times you can break the delicate valve systems by the simple act of even taking the lighter apart.

That was not mentioned in the o-ring video

Very rarely does the easy way out actually work. Do yourself a favor and save yourself the aggravation. The parts that you need are not for sale. The books that are out there on the subject of lighter repair are for historic appreciation. In all our years of doing this (since 1957) it has been many times that a customer has presented us with a smoldering pile of lighter parts because the “DIY” drive got the best of them.

But all is not lost! Your high-end S.T. Dupont or Alfred Dunhill lighter, your IM Corona and Elie Bleu lighters can still be saved! Save yourself the aggravation first and send your lighter in for repair. Your lighter is not one of these listed above, you say? Check out our list of lighters that we can and cannot repair.

When it comes to your valued maker-of-fire that you spent a kajillion dollars on… or even one that cost just a few bucks but you love it dearly… trust us and believe when we tell you that its more than just the o-rings. We will take great care of your lighter, saving you the wasted time and money trying to do it yourself. It’s okay… we believe that you are handy. Go fix that squeaky cabinet door and leave the lighters to us.